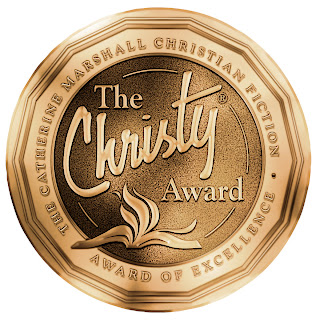 The 14th annual Christy Awards for excellence in Christian fiction will be presented at a dinner to be held Mon., June 24, 2013, at the Renaissance Grand Hotel in St. Louis.

The Breath of Dawn

by Irene Hannon (Revell, a division of Baker Publishing Group)


You Don't Know Me

The Air We Breathe


Borders of the Heart


Not in the Heart

by Jocelyn Green (River North, an imprint of Moody Press)

by Jocelyn Green (River North, an imprint of Moody Press)


A Wreath of Snow


Be Still My Soul

by Laura Frantz (Revell, a division of Baker Publishing Group)

by Terri Blackstock (Zondervan, a division of HarperCollins Christian Publishing)

by Dani Pettrey (Bethany House Publishers, a division of Baker Publishing Group)
*This category includes four nominees due to a tie in scoring.

Child of the Mountains


Interrupted: A Life Beyond Words

by Rachel Coker (Zondervan, a division of HarperCollins Christian Publishing)

Posted by LaurenYarger at 3:22 PM No comments:
Email ThisBlogThis!Share to TwitterShare to FacebookShare to Pinterest The Morgan Library and Museum celebrates the completion of a fully illuminated bible commissioned by St. John's University in Minnesota.

The "St; John's Bible"  was created with traditional materials and techniques, along with modern technology. Calligrapher Donald Jackson was commissioned to produce a fully illuminated luxury manuscript of the bible. Working out of his scriptorium in Monmouth, Wales, Jackson and a team of calligraphers and artists used traditional techniques and modern technology to create a spectacular illuminated text of over 1,100 pages. Completed in May 2011, The Saint John’s Bible ensures that the ancient art of illumination—so richly represented in the Morgan Library & Museum’s collections of medieval and Renaissance manuscripts—lives on into the 21st century.

Facsimiles of the manuscript, including the lavish seven-volume Apostles Edition, issued in only twelve copies, were published. From May 7–Aug. 25 the Morgan will display its Prophets volume from the Apostles Edition, as well as one of Jackson’s preliminary studies for the Gospel of John frontispiece, on loan from the Hill Museum & Manuscript Library. The Prophets volume, containing 232 pages and 20 illuminations, will be opened to reveal an illuminated depiction of the prophet Isaiah.

The presentation will be displayed in the Marble Hall of the Morgan’s 1928 Annex building. Visitors will have the opportunity to compare these modern illuminated works with their medieval origins when, beginning May 17, Illuminating Faith: The Eucharist in Medieval Life and Art, goes on view in an adjacent gallery.

In 1995 Donald Jackson expressed his lifelong dream of creating a hand-written, illuminated Bible to Eric Hollas, OSB, a monk at Saint John’s Abbey and then-director of the Hill Museum & Manuscript Library. Between 1996 and 1997, Saint John’s University explored the feasibility of the Bible project, Jackson created preliminary samples, and theologians developed the illumination schema. The Saint John's Bible was officially commissioned in 1998.

DESIGN AND PRODUCTION
Jackson and his team relied on computers to size the Bible’s text and define line breaks, allowing the calligraphers to work on pages simultaneously. The manuscript’s pages are made of calfskin vellum, and soaked in lime, dried, scraped, and sanded smooth, in the traditional manner. The script—designed by Jackson—was written in lamp black ink from nineteenth-century Chinese ink sticks. It was applied using quills hand-cut by the scribes; goose quills were used for the main body of text, and turkey and swan quills for heavier letterforms. The manuscript’s vibrant colors were derived from vermillion, lapis lazuli, and other pigments. These materials were mixed with egg yolk and water to create a thick paint, which was then loaded onto the quills using brushes. Artists applied gold leaf by blowing through bamboo tubes, activating the binding agent in gesso until it bonded with the leaf. Burnishing tools and brushes were then used to finish the gilded images. 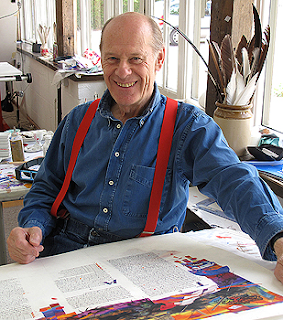 TEXT AND IMAGERY
The Saint John's Bible uses the New Revised Standard Version (NRSV) translation of the Bible, the version officially authorized for use by most Christian Churches. In addition to traditional biblical imagery, the Bible also features depictions of modern events and scientific discoveries: strands of DNA are woven into the illumination of the “Genealogy of Christ;” the Twin Towers appear in the illumination of Luke’s parables; and photos from the Hubble telescope were used to depict Creation.

When completed, the Apostles Edition will comprise seven folio volumes containing more than one thousand pages and 160 illuminations. Each page measures 15 ¾ x 23 ½ inches, extending to 2 x 3 feet when opened.

ABOUT DONALD JACKSON
Jackson is one of the world’s foremost Western calligraphers. As a scribe to Queen Elizabeth II, he was responsible for the creation of official state documents. Jackson is an elected Fellow and past Chairman of the Society of Scribes and Illuminators and, in 1997, was named Master of the 600-year-old Guild of Scriveners of the city of London. He and his wife, Mabel, live and work in Monmouth, Wales.

Open the Gift of Grace 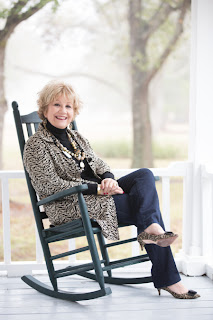 A member of the faculty at the New England Christian Writers Retreat (https://www.facebook.com/pages/New-England-Christian-Writers-Retreat/274440806021294), Lucinda Secrest McDowell, shares how God's gift of grace can totally transform a life. If you want hope to move forward into that 'impossible' situation today, read on... http://lucindamcdowell.wordpress.com/2013/04/16/opening-the-gift/.