I'm at the Christians in Theatre Arts (CITA) Conference in California and am looking forward to telling you next week about the great training, fellowship and performances offered there. 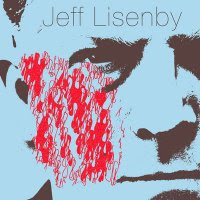 Meanwhile, for those of you in the Nashville area, don't miss the accordion event of the year this Friday, June 13. Yes, I said accordion. As part of ATG's Annual International Accordion Festival, international accordion champion (and Masterwork Productions pianist) Jeff Lisenby will perform tunes from his first solo jazz album A Spy In Tortuga with a full band. The NashVegas Jazz features some of Nashville's A-list session players including Chris Brown, Andy Reiss (of The Time Jumpers), John Vogt, Todd London, Matt Davich and special guest vocalists Jaclyn Brown and
Abby Burke.

The event, beginning at 7:00 is open to the public at the Hotel Preston, 733 Briley Parkway, Nashville. If you can't make it to the show, buy the CD here: http://cdbaby.com/cd/lisenbyj

In other news, Jeff was recently filmed playing the accordion by Mark
Burnett Productions as part of the first episode of CBS's new reality
show "Jingles". Episode will air in late August 2008.

"The accordion has been stereotyped for a long time," Jeff said.
"I want people to hear this CD, enjoy it for its diversity, and hear
the accordion as another fine musical instrument, which can be used
in any type of music."

Jeff can be heard on numerous country and Christian recordings and was music director for the Broadway musical "Ring Of Fire". He also was a pianist with Masterwork Productions' touring show "Early One Morning."

Why a jazz album?

"I grew up in Kansas City, MO, where there is a jazz commission, as part of the city government," Jeff said. "Because of that, I grew up hearing many of the great national jazz figures who came to town to play for us -- Count Basie, Monty Alexander, Maynard Fergusson, Bill Evans, Chick Corea. So I've been loving and playing jazz for a long time. I like the freedom to play whatever I want in the improvised sections, and I like the sound of a big band all playing in ensemble."

"There aren't a lot of jazz accordionists around, but accordion is slowly coming back into style in the United States. We're hearing it on more and more pop albums."
Posted by LaurenYarger at 1:34 AM
Email ThisBlogThis!Share to TwitterShare to FacebookShare to Pinterest