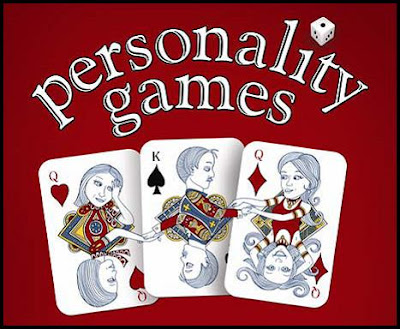 The Episcopal Actors Guild and Neil Cole Present a staged reading of Personality Games by Gordon Parker & Neil Cole 7pm Thursday, May 14 at Guild Hall, 1 E. 29th St., NYC.
Personality Games is a play about being a psychiatrist and being a patient...about borderline personality and about testing the borders.

Neil Cole is a former member of the Victorian State Parliament of Australia and in the 1990s was Victorian Shadow Attorney General. He is a lawyer as well as a professor and has had seven plays produced in Melbourne, Sydney and Brisbane including Alive at Williamstown Pier, Dr Cade and Personality Games. He has won the Griffin Theatre Award for the best new writing for theater in 1999 and was short listed for the Victorian Premiers Literary Award in 2001.
Gordon Parker is an academic psychiatrist at the University of New South Wales, and Executive Director of the Black Dog Institute. In the '60s he wrote for the Mavis Bramston Show and Oz Magazine, had a book of fiction published, was a cartoonist for many magazines (including the Bulletin), a broadcaster for the ABC’s Science Show in Sydney and in London, and was a book reviewer for "The Sydney Morning Herald" and "The Australian" for a decade.
Wine & Refreshments will be served. Donations are Welcome. For Reservations call 212-685-2927 or email matt@actorsguild.org.
Posted by LaurenYarger at 10:47 AM
Email ThisBlogThis!Share to TwitterShare to FacebookShare to Pinterest