Gifted Worship Leaders are a Gift Themselves 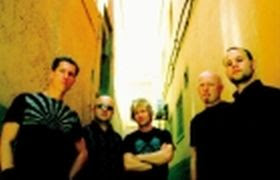 Delirious. Visit their site at
http://www.delirious.co.uk/html/
By Lauren Yarger
If you never have had an opportunity to worship in a service led by a gifted worship leader, you'll probably not relate to my reflections on experiences during the Joyce Meyer conference held last week in Hershey, PA.

The Christian Rock band Delirious?, specifically lead singer Martin Smith, lead the musical part of worship. Apart from being led in an excellent opportunity to praise and worship God, I came away impressed again, by what a difference a gifted worship leader can make when it comes to corporate worship.

I attend a lot of different services, all over the country, and have enjoyed different styles of worship from liturgical with organ to rocking out with electric guitars, drums and bass, so I'm not picky. What makes the service meaningful, and indeed a service, rather than a show, is the leadership. It's not how many new songs the band can wow us with or how well the band plays or the singers sing, although, in some cases, singers who shouldn't be allowed to do solos or sing outside of their bathroom showers (for some reason I don't hear as many bad musicians)too often find themselves (or plant themselves) on the platform and really can detract from the worship experience. I can hear a flat note a mile away, and worst of all are the singers who get just under a note. They're not quite on it, but they think they are. In these cases, I focus on the pain in my central nervous system and how to cover my ears without appearing rude, rather than the King whom I've come to worship.

That wasn't the case with Delirious? who rocked the place out, but with a goal of service, with a purpose of setting up the message and with an attitude of humility. Smith often stopped vocalizing, encouraging the congregation to sing the words. He prayed -- not in the manner I have seen so often in contemporary churches, where the leader prays some sort of rehearsed prayer while music continues playing in the background -- but silently, stopping in the middle of a number to go down on his knees. I would venture to guess that leaders more concerned about "performing" would never think of giving up an opportunity to sing every word of every song.

And because I notice these things more than than the average member of a congregation (we work to help train and equip worship teams, after all) I really enjoyed watching the group simply vanish after the musical portion of worship to usher in the teaching. It really was subtle. Smith unobtrusively walked backwards upstage when Meyer walked downstage to take her place at the pulpit. There was no big guitar solo to finish out the set, no applause for the great "concert," no transition of any kind, really, from worship to worship and teaching. And an observer could notice later that the worship band had somehow made their way unnoticed into seats and were listening to the teaching (an example I would suggest worth emulating to worship bands who retire instead to some sort of private "green room" area during the service so they don't have to interact with the "ordinary" folks). Just as unperceived was their return to the stage to finish the service with more music.

It was an example of gifted people, returning the gift to God, as well as to me personally. As thousands of us sang "Majesty, majesty, you're grace has found me just as I am, empty handed, but alive in your hands," I stopped, overwhelmed and awed by his majesty and that fact that he was there with us. I came away knowing I had met with the God of the universe; that he had spoken to me. I didn't come away thinking, "Gee, the band rocked." And that was the gift of a worship leader after God's own heart.
Posted by LaurenYarger at 11:01 AM
Email ThisBlogThis!Share to TwitterShare to FacebookShare to Pinterest