The Lights are Bright on Broadway! 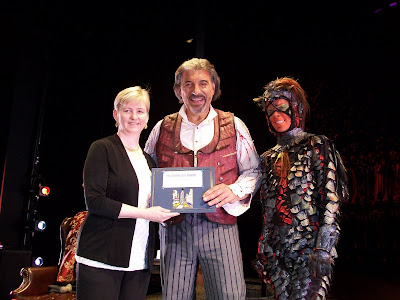 McLean, above, was joined on stage at the Westside Theatre, where The Screwtape Letters currently is playing, by co-star Karen Eleanor Wight, right, who plays his assistant demon Toadpipe in the production (co-adapted by McLean with Director Jeffrey Fiske) of the C.S. Lewis book. The award was presented by Masterwork Executive Director Lauren Yarger, left.

Corthron, pictured below, was honored at Playwrights Horizons, where her play ran earlier this season and was honored for its positive depiction of main character Abebe, an African preacher in training, and the sharing of his faith. 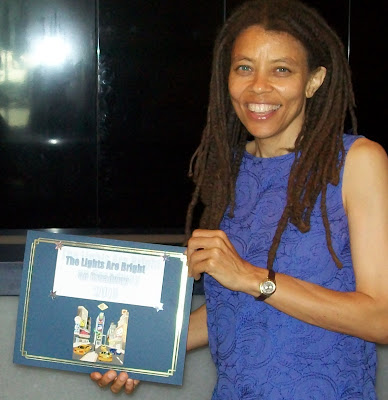 Posted by LaurenYarger at 9:24 AM
Email ThisBlogThis!Share to TwitterShare to FacebookShare to Pinterest