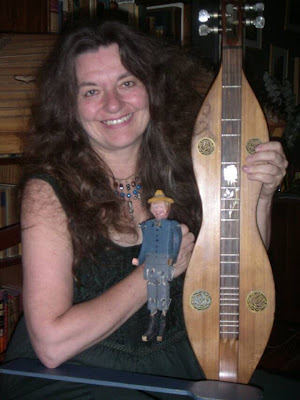 The completion of the Erie Canal in 1825 brought a new era of prosperity to New York, and along with it, a flourishing of the arts. Russell, who has been featured on Prairie Home Companion, looks at the musical and theatrical life of this city as revealed in popular song and historical anecdote.

A $10 donation is suggested. Refreshments will be served.

Guild events support its fund used to aid actors in need. For more information, click here.
Posted by LaurenYarger at 3:10 PM
Email ThisBlogThis!Share to TwitterShare to FacebookShare to Pinterest