Meet Tessa Afshar, Author of 'Pearl in the Sand' 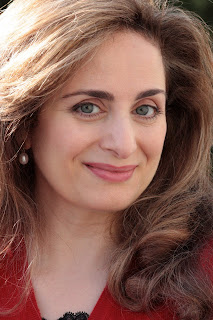 God Went to Ancient Jericho to Grant the Desires of This Writer’s Heart
By Lauren Yarger
A walk across Florence’s famous Ponte Vecchio with little shops built into its stone walls sparked more than thoughts of the bridge’s more than 700-year-old history. For Tessa Afshar, it brought to mind the story of Rahab, a prostitute mentioned in the bible, who lived in the wall of Jericho.

“What would it be like to live in a wall?” wondered the leader of women’s and prayer ministries at a church in New England. Suddenly, she realized that she and a lot of others already knew.

“Most of us have to contend with walls in the interior places of our souls. Walls built on foundations of pride, fear, rejection, loss; walls that keep others at bay and shield us from drawing close enough to get hurt again,” Tessa said. “Suddenly, I was hooked. I wanted to write about walls, about living in them, about pulling them down. I wanted to write about Rahab.”

The thoughts morphed into “Pearl in the Sand,” (Moody Publishers, 2010) already in its second printing after its release just a few days ago on Sept. 1.

The novel follows Rahab from age 15 when she is sold into prostitution by her father, through the fall of the wall of Jericho and the subsequent settlement of Rahab and her family among the Israelites. There, she marries Salmone, an Israeli soldier and leader, but while the wall of Jericho might have fallen, the fortification of hurt, shame and betrayal that Rahab has built around herself for protection and survival stands tall and impenetrable.

The story plays out against the dry, hot, scented land of Israel, a location not totally unfamiliar to Tessa, who lived in her native Tehran during the last decade of the Shah of Iran’s reign. Her parents were what she terms “nominal” Muslims, trying to be good citizens, but not adhering to the basic tenets of Islam. Her grandmother, however, was a devout Shiite, and it was from her that Tessa learned what she knew about the religion.

When she was almost 14, her parents divorced and she and her sister went to live with their mother in England where Tessa attended boarding school. There, instead of attending mandatory weekly church services, she and the other “foreign” girls were directed to another location where they were supposed to read their own holy books. Since the Koran is best interpreted when read in the original Arabic, which Tessa didn’t read, she spent time instead immersed in her favorite literature – romance novels. She still is a big fan of Charlotte Bronte, Jane Austen and other 19th-century authors.

The self proclaimed “voracious reader” hoped to become a romance novel writer some day. She craved the unconditional love found in the formula of those books. College brought her to the United States where she studied English, biology and health administration before eventually heading to Yale to get a Masters in Divinity degree.

During a difficult period during her 20s, she had a dream (a method God apparently uses to make himself known to many Muslims) where she stood at the sea of Galilee and recognized Jesus (despite never having read the bible). She was touched by his love and power and knew him to be the son of God. When he asked her to follow him she agreed, though it took years of growth and study before she could do so fully.

Though she had lived in western culture for years, she never heard the Gospel until she was 26, when within months of the dream, friends started to share with her. She was led to the verses in 1 Corinthians 13 about love. They were a revelation to her about the nature of God’s love for her and began a process that led her through intellectual and cultural strongholds to a changed heart.
Now a respected ministry leader and sought-after speaker (hearing her heartfelt prayers is a moving experience that brings you closer to God), Tessa has added some other writers to her favorites list, like Francine Rivers, C.S. Lewis and George McDowell. With her flowing, wavy brown hair, the petite beauty looks like she could be cast as the heroine of one of the romance novels she so loved.

Rahab, however, is a product of much research. Bound by biblical truth, historical data and what archaeological evidence is available (mostly from Egypt), Tessa created Rahab’s world and the story of a woman whose “life was a mess” but who found that it was salvageable with God’s love.

“A lot of it is modern ideas of rejection and worth,” she said. She explored what a woman who has been rejected, or whose past mistakes haunt her would do to protect herself to survive. What were her strengths and gifts, Tessa wondered? Rahab might have lived thousands of years ago, but women still grapple with these issues today, and the character and her story began to take shape. 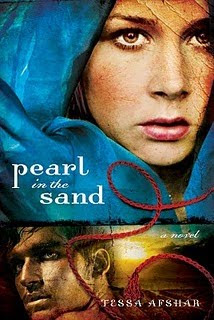 The first part of the book, detailing Rahab’s years of prostitution, was not easy to write, Tessa said, not only because of the difficult subject matter, but because she wanted to get into the meat of Rahab's relationship with her husband. Ultimately, it’s the story of two people trying to figure out how to love each other while loving God and leaving the past behind. It gets the reader to a place of self examination with truths that are ageless.
The story also is a celebration of redemption: this woman, who had been a prostitute, finds favor with God, and goes on to give birth to a son who figures in the genealogy of Christ himself (Matthew 1:5).

When the book was finished, Tessa sent it to three agents, then struggled with self doubt for three months while she waited to hear whether anyone was interested in the manuscript. She attended a writer’s conference and met with one of those agents who signed her on the spot. Publishers were interested and Moody Publishers eventually got the nod. Their belief in the book has been “incredibly encouraging,” Tessa said.

Their belief wasn’t misplaced, it seems, given the need for a second press run.

Next up is a second biblical novel set during the time of Nehemiah in the court of Artaxerxes, the son of Esther’s husband. Tessa’s dream of being a writer has come true.

“The most amazing thing is how much God cared about my heart,” she said of the experience. “He’s willing to go to extraordinary lengths to give us the desires of our hearts.”
Click here for a review of the book. Click here to download two chapters, view the trailer and to find out more about Tessa.
Posted by LaurenYarger at 7:53 PM
Email ThisBlogThis!Share to TwitterShare to FacebookShare to Pinterest