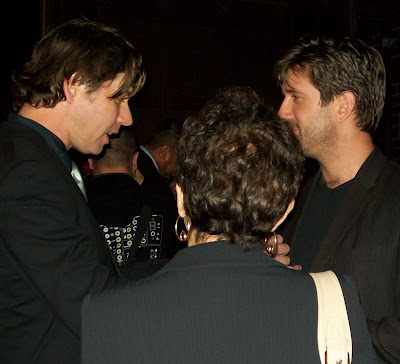 Broadway actors James Barbour, Charles West and Anthony Newfield were among those performing during the interfaith service which also celebrated the 50th anniversary of The Fantasticks. Tom Jones, who wrote the book and lyrics for the show, and who directed and has starred in the acclaimed revival playing Off-Broadway at the Snapple Theater Center, attended the service (the show was one of our picks to see this summer.)

Officiating were the Rev. Canon Thomas Miller, canon for liturgy and the arts at St. John, the Right Rev. Andrew St. John, rector of the Church of the Transfiguration, and Rabbi Jill Hausman of The Actors' Temple, who also performed "A Simple Song" from Leonard Bernstein's Mass.

Actress Catherine Russell gave a reading, Project Dance, recipient of the 2009 "The Lights Are Bright on Broadway" award presented by Masterwork Productions, performed to "His Eye is on the Sparrow." The Broadway Blessing Choir and Bruce Neswick, cathedral organist, offered a number of tunes including medleys from The Fantasticks. West, who has appeared in the 50th anniversary production of the show, sang "Try to Remember."
Newfield performed a scene from To Kill a Mockingbird, and Barbour, accompanied by Jeremy Roberts, sang "The Measure of a Man" from Frank Wildhorn's musical Rudolf. In addition, composer Carol Hall performed a song she had written, inspired in part by speaker Lynn Redgrave's stirring message form last year's Broadway Blessing and to whom this year's service was dedicated. 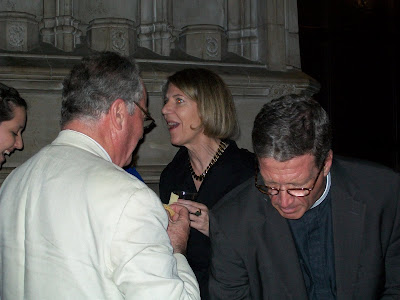 The evening is produced under the direction of religion and theater writer Retta Blaney (center, above). Her blog, "Life Upon the Sacred Stage," can be found here.
-- Lauren Yarger 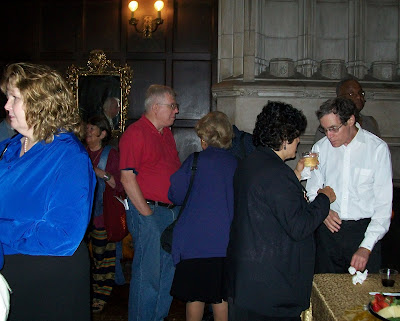 Participants mingle at a post-service reception.

Posted by LaurenYarger at 1:54 PM
Email ThisBlogThis!Share to TwitterShare to FacebookShare to Pinterest