Being a Christian Dealing with Same-Sex Attraction 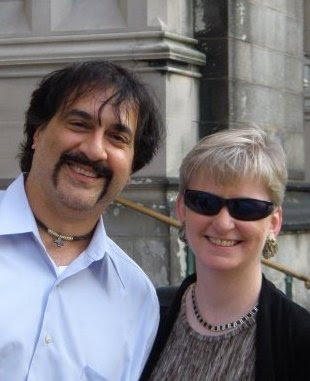 Ron and I at the Broadway Blessing in 2008
My friend, Ron, who led me to the Lord, recently shared his story about walking with God through same-sex attraction as part of a sermon series on hot topics like homosexuality at his church in New Jersey.

Titled FAQ, the excellent sermon series given by Pastor Tim Lucas focuses on what God thinks about homosexuality, alcohol, tattoos, the role of women, why good people suffer and the like. To hear the sermons, visit http://www.liquidchurch.com/. Ron's talk is part of the second sermon in the series.

If you're interested in reading Ron's book about his experiences in the church and caring for his lover who died of AIDS, 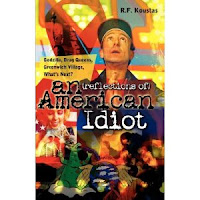 "Reflections of an American Idiot" is available here: http://www.amazon.com/reflections-American-Idiot-R-F-Koustas/dp/1600343821/ref=sr_1_1?ie=UTF8&s=books&qid=1283027196&sr=8-1
-- Lauren Yarger
Posted by LaurenYarger at 4:14 PM 1 comment:
Email ThisBlogThis!Share to TwitterShare to FacebookShare to Pinterest

Worship with a Harp 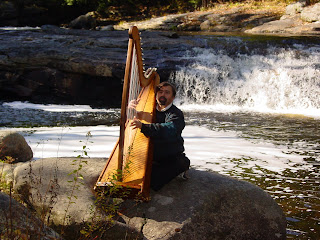 We received this note from Andrew Wright Bennett who worships through music and the playing of many instruments he builds, including the harp. We met at the Montrose Christian Writers Conference. He writes:

"My first harp was built using fishing line and weedwacker cord, and tuned with a socket wrench. I’ve made a shofar out of plastic fast-food cups and duct tape which sounds glorious. The PVC pipe flute I’ve made is worth 25 cents but sings as beautifully as my flute which is worth $$$. The five-foot lyre I invented, I played while I sang Scripture on the steps of the US Capitol during the bible reading marathon before the National Day of Prayer."

Chuck Neighbors Offers Thoughts on Being a Christian Actor 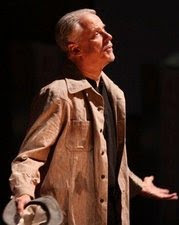 Check out our friend Chuck Neighbor's thoughts about being a Christian actor on one of his most recent blog posts at http://mastersimage.com/blog/?p=213.

Chuck, a talented writer and performer, tours the country presenting his one-man shows. For more information about his ministry, Master's Image Productions, visit http://www.mastersimage.com/homepage.php.
Posted by LaurenYarger at 3:35 PM No comments:
Email ThisBlogThis!Share to TwitterShare to FacebookShare to Pinterest

The Stoop, a distinctive music venue in the heart of Hell’s Kitchen in New York, will present a night of exciting indie rock and multi-media featuring five piece band, MEM Saturday, Sept. 18.

Since 2008, MEM has been mesmerizing audiences and listeners alike with their innovative song writing, dazzling sonic experimentation, and multi-sensory live performances. MEM bursts open a wellspring of creative energy on the electro-organic template, employing an artful combination of swirling textures and colors, complementing their undeniable pop sensibility.

Indie pop singer/songwriter/pianist Rachel Zylstra will kick off the evening with her genuinely crafted lyrics and impressive piano stylings. Following her act, Ben Lear, a multi-talented folk rock singer/songwriter/composer will take the stage with various instrumentalists and visual effects enhancing the scene. The event will be emceed by Chris MacIntosh (a.k.a. Grandfather Rock) of WCWP Radio.

Doors open at 7:30 pm, and showtime is at 8. While the concert is free, The Stoop will be accepting suggested donations of $12. Receive a free gift with the full suggested cover. All concessions including snacks, soft drinks, beer, and wine are all under $4.

The Stoop is located at 417 West 57th St. between 9th and 10th avenues. For more information call 212 333-5583 or visit http://thestoopny.com/
Posted by LaurenYarger at 3:06 PM No comments:
Email ThisBlogThis!Share to TwitterShare to FacebookShare to Pinterest

Oikeo Music, which publishes Front Yard Worship magazine and represents numerous Christian artists, has launched a new web site. Check it out at http://www.wix.com/oikeomusic/official.
Posted by LaurenYarger at 2:57 PM No comments:
Email ThisBlogThis!Share to TwitterShare to FacebookShare to Pinterest

Yo! The Episcopal Actors' Guild Wants You! 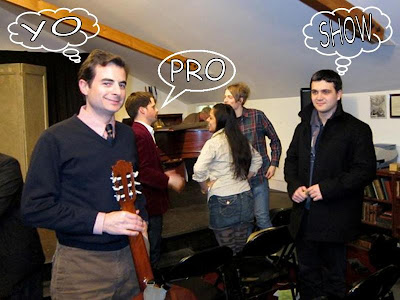 The Episcopal Actors' Guild is looking for emerging artists (18-45) to perform in its next Yo! Pro Variety Show in October.

The booking committee will be making final decisions soon, so if you would like to perform on the historic Guild Hall stage (1 East 29th St., NYC), send a link where your work can be viewed to matt@actorsguild.org. All acts chosen will get 5 -10 minutes of stage time and a one year membership to EAG!

If you aren't 18-45 but know of a performer who you think will be a good fit for our variety show, don't hesitate to have them contact matt@actorsguild.org.

Maybe you'd prefer to help behind the scenes. The YO PRO Committee would love to see you at its next planning session Monday, Aug. 30 at 6pm in Guild Hall.
Posted by LaurenYarger at 1:07 PM No comments:
Email ThisBlogThis!Share to TwitterShare to FacebookShare to Pinterest

Is God the Source of Morality? Join the Debate at Socrates in the City

"Is God the Source of Morality?" will be the question when Socrates in the City offers its first debate 7 pm Monday, Sept. 13 at the New York Society for Ethical Culture, 2 West 64th St. at Central Park West..

NY Times best-selling author Dinesh D'Souza, left, ("What's So Great About Christianity') will go against Peter Singer, below right, professor of bioethics at Princeton University. D'Souza will be taking the pro side of the question; Singer will take the con side.

Tickets are being sold on a first-come, first-served basis. Register at https://www.socratesinthecity.com/gamma/sitc-debate/register.php or call 646-201-3375.

DeSousa's book is a comprehensive answer to a spate of atheist books denouncing theism in general and Christianity in particular. A former policy analyst in the Reagan White House, DeSousa was named by The New York Times Magazine as one of America's most influential conservative thinkers. The World Affairs Council lists him as one of the nation's 500 leading authorities on international issues.

Singer, born in Austrailia, first became well-known internationally after the publication of "Animal Liberation." He is the co-founder, and President, of The Great Ape Project, an international effort to obtain basic rights for chimpanzees, gorillas and orangutans. He is also President of Animal Rights International.

The debate will be moderated by host and SITC founder Eric Metaxas.

Meanwhile, Metaxas, left, will be the speaker at the second SITC event in Chicago 7 pm, Thursday, Sept. 16 at the Union League Club. He'll speak about his latest book: "Bonhoeffer: Pastor, Martyr, Prophet, Spy."

To register, or for more information, visit https://www.socratesinthecity.com/gamma/sitc-chicago/register.php.
Posted by LaurenYarger at 12:19 PM No comments:
Email ThisBlogThis!Share to TwitterShare to FacebookShare to Pinterest

I'll be away from my desk and only posting updates when wireless internet and some free time intersect before then. We'll begin regular poasts again when I get back. Meanwhile, happy summer!
Posted by LaurenYarger at 12:37 PM 1 comment:
Email ThisBlogThis!Share to TwitterShare to FacebookShare to Pinterest
Newer Posts Older Posts Home
Subscribe to: Posts (Atom)