Encouraging Strategies for Beginning a Screenwriting Career
By Lauren Yarger
If you have been writing, or hoping to write for any length of time, you probably have read any number of books written to offer practical advice, how-to instructions and lists of resources to get you from “wannabe” to “professional.” Just as likely is the fact that while some actually are helpful, most don’t tell you much more than you already knew or, at worst, intimidate you so much that you turn the last page convinced you never will make it as a writer.

Here’s why “Riding the Alligator: Strategies for a Career in Screenplay Writing (and not getting eaten)” (2011, Michael Wiese Productions) by Pen Densham is different and should be on your shelf: because it won’t stay on your shelf and every time you refer to it, you’re likely to come away thinking, “I can do this!”

Densham, author of the scripts for movies such as “Robin Hood: Prince of Thieves,” Moll Flanders,” TNT’s “Houdini” and the revivals of television’s “The Outer Limits” and “The Twilight Zone” offers tips from his own experience, help from fellow screenwriters and practical advice. A high school drop out whose first job in show business was riding the back of a live alligator for a short film made by his parents (hence the book’s title), Densham has gone on to a successful writing career and founded Trilogy Entertainment Group, which has produced 14 feature films. He also is an adjunct professor at USC’s School of Cinematic Arts.

That teaching experience comes out in this book, which is neither preachy nor intimidating. Instead, we feel as though we are being cultivated as storytellers and writers by a supportive mentor who manages to deliver some basics while inspiring us to make them functional.

“I create my characters so that, in the first act, this negative element (which he calls a nugget of the story) is in their backstory: one simple, powerful, defining, and sometimes, horrible thing. They live with that thing, but haven’t absorbed or dealt with it. In a sense it haunts them – a failed life script or emotional program.”

That succinct paragraph did more to help me develop my screenplay than whole books on plot and characters have accomplished. Denham's book delivers advice in the same tightly packaged, page-turning , memorable manner in which you hope your final screenplay will be categorized.

The author also provides advice beyond the “how to” of writing the screenplay. There are chapters on selling the script (“Entering the Jungle”), pitching it to agents and studios, suggestions for other jobs you can do, that might even speed up the process, while you are waiting to make it as a writer and how to deal with the stress involved with the process.

There even are the usual list of online resources and a glossary of terms and all this comes in a very readable less-than-250 pages that make good on the promise of producer director Jay Roach’s foreword: “If you have ever had a great idea for a movie, but lacked the wherewithal to turn it into a screenplay, you have picked up the right book.”

Download a free chapter of the book and find out more about Densham here http://www.ridingthealligator.com/

You can purchase the book by clicking here.
Posted by LaurenYarger at 2:50 PM No comments:
Email ThisBlogThis!Share to TwitterShare to FacebookShare to Pinterest

Enjoying a vacation. Posts will resume next week. Happy summer!
Posted by LaurenYarger at 2:38 PM No comments:
Email ThisBlogThis!Share to TwitterShare to FacebookShare to Pinterest

Davalos is being honored for his play Wittenberg, a witty battle of wills and philosophies between Dr. Faustus and Martin Luther as they attempt to influence star pupil Hamlet at 16th-century Wittenberg University. The play was presented March 11 - April 17 by Off-Broadway’s Pearl Theatre Company. It also received the 2008 Barrymore Award for Outstanding New Play and will have its London debut at the Gate Theatre this September. Davalos also is the recipient of the National Theatre Conference’s 2008 Stavis Playwriting Award. He is a graduate of the theatre programs of both the University of Texas and Ohio University. Some of his other plays include Daedalus: A Fantasia of Leonardo da Vinci; The Tragedie of Johnnius Caerson (a comedy in blank verse chronicling the Late Night TV Wars) and Darkfall (a modern sequel to Paradise Lost).

“I'm so gratified (and relieved!) by Wittenberg's receiving The Lights Are Bright on Broadway Award as it offers confirmation that the play's engagement with the question of faith is resonating with audience members who have a real stake in the issue,” Davalos said. “It has always been my hope that the play would speak meaningfully to the ‘Lutherans’ in the audience as much as it does to the ‘Faustians’ one tends to see in abundance in the theatergoing community -- this award helps me to believe that may indeed the case.”

﻿Blaney is a journalist and theater critic and writes Life Upon the Sacred Stage, a popular blog about theater and faith. She is the author of "Working on the Inside: The Spiritual Life through the Eyes of Actors," featuring interviews with Kristin Chenoweth, Edward Herrmann, Liam Neeson, Phylicia Rashad, Vanessa Williams and many other Broadway actors discussing their faith as well as "Stories from the Real World” with a forward by Walter Cronkite. She also directs the annual Broadway Blessing, a free interfaith service at St. John the Divine Cathedral, which brings together the Broadway community each September to ask a blessing on the new season. Her award will be presented at this year’s service 7 pm Monday, Sept. 12. Among the performers who have taken part in the service over the years are Lynn Redgrave, Marian Seldes, Frances Sternhagen, Boyd Gaines and Edward Herrmann.
“I am honored to receive the Lights Are Bright on Broadway Award on behalf of all those who have taken part in this event and helped it to reach its 15th anniversary,” Blaney said. “I started Broadway Blessing in 1997 to bring people together to celebrate theater and also to offer comfort and encouragement to those who make their living in the challenging world of show business.”

Previous recipients of “The Lights are Bright on Broadway” Awards are Kia Corthron for her play A Cool Dip in the Barren Saharan Crick (Playwrights Horizons), Max McLean for The Screwtape Letters (Westside Theatre), Dan Gordon for his play Irena's Vow on Broadway and Radio City Rockette Cheryl Cutlip, founder of Project Dance.

Masterwork Productions, Inc. is a faith based, non-profit performing arts organization, which among other services, provides the only resource for professional Broadway and Off-Broadway theater reviews with an added Christian perspective.
Posted by LaurenYarger at 2:58 PM No comments:
Email ThisBlogThis!Share to TwitterShare to FacebookShare to Pinterest

Dick Cavett is Guest at Socrates in the City 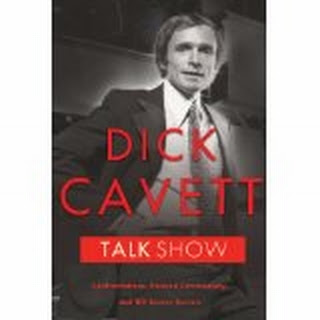 SOCRATES IN THE CITY:
Conversations on the Examined Life
WHAT
An evening of entertaining and provocative discussion on "life, God, and other small topics" featuring Dick Cavett.


WHO
Dick Cavett, TV talk show host and New York Times columnist will speak on "What Is the Price of Fame?"
Interviewed by host Eric Metaxas.
WHEN
June 23, 2011. Speaking will begin at 7 pm SHARP. Cavett will sign copies of his books at 8:30 pm.
WHERE
New York Society for Ethical Culture, 2 West 64th St., NYC.
HOW
Visit https://www.socratesinthecity.com/civicrm/event/register?id=20&reset=1 for more information and to RSVP.
Posted by LaurenYarger at 8:34 PM No comments:
Email ThisBlogThis!Share to TwitterShare to FacebookShare to Pinterest
Newer Posts Older Posts Home
Subscribe to: Posts (Atom)