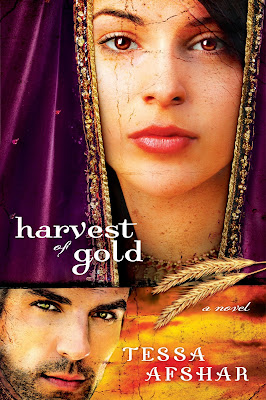 The newest biblical romance from Tessa Afshar, Harvest of Gold (River North, 2013), releases Monday, July 1. The follow up to the story of Sarah and Darius, first introduced in Harvest of Rubies (a finalist for the 2013 ECPA Fiction Book Award) finds the couple on their way with Nehemiah t rebuild the walls of Jerusalem.

From the publisher:
The scribe Sarah married Darius, and at times she feels as if she has married the Persian aristocracy, too. There is another point she did not count on in her marriage-Sarah has grown to love her husband. Sarah has wealth, property, honor, and power, but her husband's love still seems unattainable.

Although his mother was an Israelite, Darius remains skeptical that his Jewish wife is the right choice for him, particularly when she conspires with her cousin Nehemiah to rebuild the walls of Jerusalem. Ordered to assist in the effort, the couple begins a journey to the homeland of his mother's people. Will the road filled with danger, conflict, and surprising memories, help Darius to see the hand of God at work in his life-and even in his marriage?

A hidden message, treachery, opposition, and a God-given success, will lead to an unlikely bounty.

The book will be launched Monday evening at the Mark Twain House in Hartford, CT, where Mark Twain lived and wrote. It's a writing center in the state, hosting many bestselling authors (Stephen King will speak at an event to benefit the house and museum in July), but this is the first book launch ever hosted there.

For a feature article on the launch, which appeared in Thursday's Manchester Journal-Inquirer, click here.

To visit the author's blog, visit www.tessafshar.com, where you can read a sample chapter.


Tessa Afshar was voted “New Author of the Year” by the Family Fiction sponsored Reader’s Choice Awards 2011 for her novel Pearl in the Sand. Her book, Harvest of Rubies was nominated for the 2013 ECPA Book Award (formerly known as the Gold Medallion) in the fiction category, received the 2012 Grace Award for Women’s Fiction and was selected as one of four “notable” novels by World Magazine.
Afshar was born in Iran to a nominally Muslim family, and lived there for the first 14 years of her life. She moved to England where she survived boarding school for girls and fell in love with the works of Jane Austen and Charlotte Bronte, before moving to the United States permanently. She holds an MDiv degree from Yale University where she served as co-chair of the Evangelical Fellowship at the Divinity School. She has spent the last 14 years in full-time Christian service in New England.
Posted by LaurenYarger at 4:58 PM No comments:
Email ThisBlogThis!Share to TwitterShare to FacebookShare to Pinterest

Some Book Titles of Interest for July 4

Posted by LaurenYarger at 8:01 AM No comments:
Email ThisBlogThis!Share to TwitterShare to FacebookShare to Pinterest 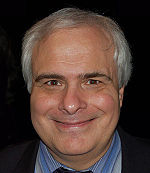 After 25 years as a professional critic, Peter Filichia has seen, heard, and written about it all. In a very personal celebration of his life in the theatre, Filichia will share his most interesting moments, including adventures with nice actors (Jerry Orbach), not-so-nice ones (Mary Tyler Moore), and being face to face with Ben Vereen after giving him a bad review.

Filichia’s Personal History has been performed in cities across the country. Now, for one night only, he brings it to historic Guild Hall, with all the proceeds benefitting The Episcopal Actors' Guild's Emergency Aid and Relief Program. A wine and cheese reception will follow the performance.

Filichia also will sell and sign his new book "Strippers, Showgirls, and Sharks: A Very Opinionated History of the Broadway Musicals That Did Not Win the Tony Award."

More on Peter Filichia:
Peter Filichia is the New York-based theater critic emeritus for The Newark (N.J.) Star Ledger newspaper and News 12 television station. He is also the author of "Let's Put on a Musical" (Back Stage Books, 2007), now in its third printing; "Broadway Musicals: The Biggest Hit of the Season/The Biggest Flop of the Season" (Applause Books, 2010); and "Broadway Musical MVPs 1960-2010: The Most Valuable Players of the Last 50 Seasons" (Applause Books, 2011), chosen one of Publishers Weekly’s Top 10 Performing Arts titles of 2011.

Peter has been a columnist for Playbill, Theater.com, Theatermania and Theater Week. He blogs weekly at MasterworksBroadway.com; and writes “Filichia Features” for Musical Theatre International’s Web site, The Marquee, and “Filichia on Friday” for Kritzerland Records’ Web site.

Before joining the Theatre World Awards in 1996 as host and head of the selection committee, Peter served four terms as president of the Drama Desk. He has served on an assessment panel for the National Endowment for the Arts, and is currently critic-in-residence for the University of Cincinnati College-Conservatory of Music and the musical theater judge for the ASCAP Awards program.
Posted by LaurenYarger at 10:29 AM No comments:
Email ThisBlogThis!Share to TwitterShare to FacebookShare to Pinterest 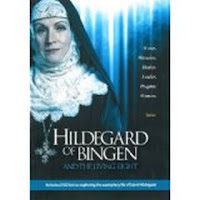 Maxwell has performed on the stages of major orchestras including the Chicago, Cleveland, Seattle and Toronto Symphonies, and the Berlin Radio Orchestra, among others. Her operatic engagements include San Francisco (Placido Domingo conducting), the Cincinnati Opera, Netherlands Opera (with Nicholas Harnancourt), Hungarian State Opera and recital halls across the United States and in 27 countries worldwide. In addition to her extensive performances of the stage version of “Hildegard of Bingen and the Living Light,” Maxwell has also performed cabaret and one-woman shows in New York City and made her European cabaret debut in 2006 at Frankfurt’s International Theater.
Retta Blaney is an award-winning journalist and author of Working on the Inside: The Spiritual Life through the Eyes of Actors. Visit her blog, Life Upon the Sacred Stage at http://uponthesacredstage.blogspot.com.
Posted by LaurenYarger at 12:04 PM No comments:
Email ThisBlogThis!Share to TwitterShare to FacebookShare to Pinterest
Newer Posts Older Posts Home
Subscribe to: Posts (Atom)