Christian Arts News You Should Know 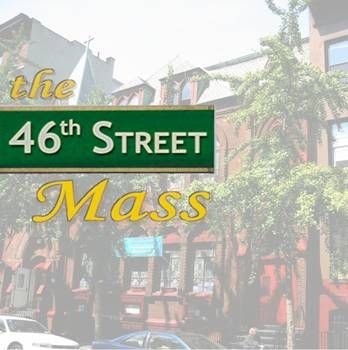 New and noteworthy offerings in the world of Christian Arts:

Composer Darryl Curry is releasing his "46th Street Mass" for chorus, soloists and piano for productions by churches. The piece was commissioned for St. Clement's Church in New York as an expression of its motto: "there are no outcasts."
"I wrote what I call a 'Praise Mass,' Darryl said. "Most of its Latin titles are from the Catholic Mass (Introit, Kyrie, Gloria, Offertorium, Sanctus and Communio), but I only kept the Kyrie and Gloria in Latin. The rest and others are all in English and not a translation of the Latin, but a personal interpretation. For example, I discovered a slave “shout” song and arranged it for solo and chorus under the heading of Offertorium. The song was meant as a way for slave children to accept death, an “offering” and comfort but also a shout to Heaven."
Darryl is a composer, arranger, performer and music director whose work ranges from jazz to musical theater to sacred music. He has written the musicals "The Elephant Piece," "Quitters," "George Q," "Dorian Gray" and most recently, "Mesmerized" as well as incidental music for the 1999 20th anniversary production of "The Elephant Man." His other commissioned work is the sung ballet "My Shadow."
For information about how to produce "The 46th Street Mass" at your church, contact Darryl at Dcurry2020@aol.com.

Nominations for the 39th annual GMA Dove Awards have been announced. The awards show will be broadcast live on Gospel Music Channel at 8:00 (Eastern) on April 23, 2008. For a full list of nominees, go to http://www.doveawards.com/categories/

"Welcome in This Place" by Scott Reed is the winner of Worship Leader Magazine's Independent Song Discovery of the Year for 2007. Song of the Year went to “Mighty to Save,” Reuben Morgan and Ben Fielding, Hillsong; Jeremy Riddle was named Breakout Artists of the Year and "Our God Saves" from Paul Baloche was named Worship Project of the Year.

Larry Norman, the father of Christian rock passed away on February 24. For an article about his last concert, go to http://www.christianitytoday.com/music/news/2005/larrynorman.html

The LifeWay Worship Project, a set of groundbreaking new products including Baptist Hymnal, The Worship Hymnal, and LifeWayWorship.com, as well as a full array of complimentary instrumental parts, accompaniment tracks and media will launch this summer. For more information go to http://www.lifeway.com/lwc/article_main_page/0%2C1703%2CA%25253D167093%252526M%25253D200836%2C00.html?emid=107

Registration is open for the Christians in Theatres Arts Conference June 10-13 at Azusa Pacific University in California. For information, go to http://cita.org/.
Posted by LaurenYarger at 7:44 AM
Email ThisBlogThis!Share to TwitterShare to FacebookShare to Pinterest