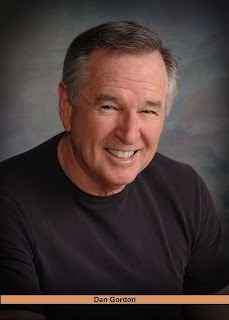 Dan Gordon, author of Broadway’s Irena’s Vow and Radio City Rockette Cheryl Cutlip, founder of Project Dance, will receive 2009 “The Lights are Bright on Broadway” awards presented by Masterwork Productions, Inc. to individuals and organizations making a difference in the Broadway community through faith.
Irena’s Vow (http://irenasvow.com/) is a play based on real life Irena Gut Opdyke, a Polish Catholic who singlehandedly saved 12 Jews from death in the Nazi camps during World War II. Irena’s vow to God not to stand by and helplessly watch as Jews are slaughtered and the faith on which she relies drive Mr. Gordon’s story.

“I am deeply honored by this award,” Mr. Gordon said. “In honoring the play of course you are honoring Irena Gut Opdyke's courage, moral rectitude and unshakable faith in her Creator, her rock and her salvation. Absent that faith she said many times she would never have been able to do all that she did. In the last conversation we had the day before she died her sole concern was "Who will tell the children when I'm gone?" My answer was "you will." That was the reason the play was written and it is my fervent hope that it will continue to tell Irena's story of faith and courage to ever wider audiences. On behalf of her family, the producers, the director, the cast and entire company of Irena's Vow thank you.”

Mr. Gordon’s award will be presented to him and the company at the conclusion of the Broadway performance this Saturday, June 27 at the Walter Kerr Theatre by Masterworks Executive Director and Broadway reviewer Lauren Yarger. (Read the review of Irena's Vow here. 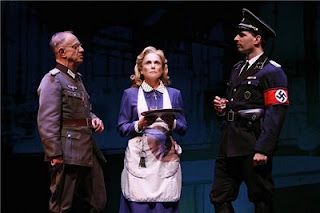 Cheryl Cutlip, following a call to “make a difference in the artistic fiber of our nation,” founded Project Dance (http://www.projectdance.com/), which has produced performance events in Times Square, Los Angeles', Hollywood and Australia's. Dance Spirit magazine has named the New York event as one of the top ten dance events in New York City. The Project Dance Studio located in Times Square trains dancers in excellence and integrity.

“Project Dance is thrilled and honored to receive this unique award,” Ms. Cutlip said. “I never imagined a day when the work of believing artists in the NYC community would be recognized in the public square. Our only hope has been to encourage dancers toward their highest potential and offer performance and training opportunities worldwide where dancers are able to express their faith in God through the gift of dance. Whether it's been a Bible study in the rehearsal halls at Radio City or a circle of prayer before a Broadway Underground show, Project Dance desires to honor God will every success within the performing arts community. Thank you for acknowledging such work and encouraging this vision and mission of Project Dance.”

Project Dance’s award will be presented at an upcoming New York event to be announced. 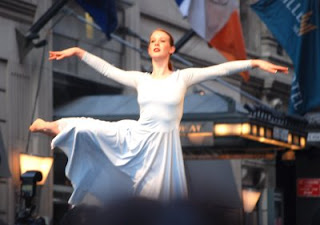 Masterwork Productions, Inc. is a Christian, non-profit organization which helps Christians and churches reach out through the performing arts by producing shows and events, booking artists, providing Broadway and theater reviews and training at workshops and conferences. For more information, visit http://www.masterworkproductions.org/.

Posted by LaurenYarger at 2:15 PM
Email ThisBlogThis!Share to TwitterShare to FacebookShare to Pinterest