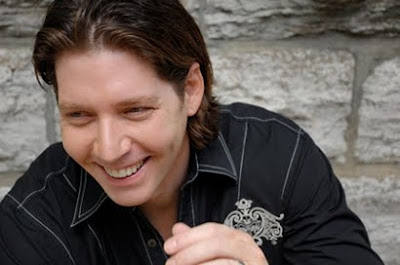 The New York concerts will begin on Friday, Dec. 11 at Bill’s 1890 Restaurant & Café, 57 E. 54th Street, between Park and Madison, and will continue through Saturday, Dec. 19 with musical direction by opera’s revered Constantine Kitsopoulos.

The evening will feature a musically inspired reading of Clement Clarke Moore’s famous poem “The Night Before Christmas” which the scholar/philanthropist wrote for his nine children in 1822 while they lived at 57 East 54th St., the building which now houses the café.

Both concerts are being produced by Treehouse Entertainment Inc. and
Roberta Nusim for TMA (Theatrical Marketing Associates) and will feature special guest appearances by Broadway and Hollywood luminaries to be announced in the coming weeks.

For a review of Barbour's 2008 holiday concert at Sardi's in New York, click here.
Posted by LaurenYarger at 1:16 PM
Email ThisBlogThis!Share to TwitterShare to FacebookShare to Pinterest