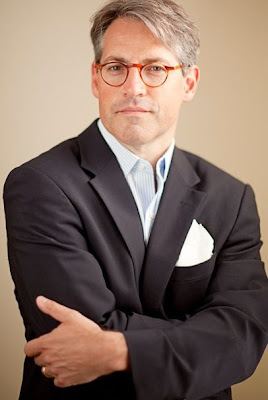 Metaxas is all of those things, and he does them all well. He’s written numerous children’s books including “The Birthday ABC,” chosen as a 1995 “Pick of the List” by the American Bookseller’s Association and “Squanto and the Miracle of Thanksgiving,” awarded an Amazon.com “Number One Bestseller” Award in 1999. His latest, “It’s Time to Sleep, My Love,” illustrated by Nancy Tillman, had a first printing of 175,000 copies and debuted in the top 100 books at Barnes&Noble.com. It has been called the “‘Goodnight Moon’ for the 21st century” and Sally Taylor, daughter of James Taylor and Carly Simon, wrote a lullaby to Eric’s words and sings it on the book’s audio CD.

Metaxas’ achievements don’t stop there, however. He’s written for Veggie Tales, was editorial director and head writer for NPR’s Rabbit Ears Productions and was a writer and editor for Chuck Colson’s radio program Breakpoint. His biography “Amazing Grace: William Wilberforce and the Heroic Campaign to End Slavery” was a NY Times bestseller and is the official companion book to the feature film “Amazing Grace.”

His most recent book is the third in the “Everything You Always Wanted to Know About God (but were afraid to ask)" series. This one’s the Jesus Edition (see the review here). Next month, his much anticipated biography of Dietrich Bonhoeffer will hit the book stores.

But that’s not all. In demand as a speaker around the country, he has appeared as a cultural commentator on CNN and the Fox News and when he’s back home in New York City, he hosts the monthly series “Socrates in the City: Conversations on the Examined Life” featuring discussions by prominent personalities on thought-provoking and controversial topics.

So how does a guy like this answer the question, “So what do you do for a living?”

“It depends who’s asking,” he quips.

Metaxas grew up on Danbury, CT where he attended an orthodox church. His religious views drifted into “whateverism” while he was a student at Yale University where he won awards for his writing and dreamed of being a fiction writer.

After graduation, however, he was frustrated when that dream didn’t come true right away. While working as a proofreader, he met a believer who was open to answering the many questions Metaxas had about God. From this Q &A conversation, the “Everything You Always Wanted to Know” series eventually was born.

Metaxas found the answers he needed, became a Christian in 1988, and has “never looked back.” When he moved to New York, he became active with the Times Square Church, where he met his wife, and then Redeemer Presbyterian. Its Senior Pastor, Tim Keller, writes the forward for the Bonhoeffer biography.

The story of the Lutheran pastor and theologian who resisted the Nazi regime and was hanged for his part in a plot to assassinate Hitler intrigued Metaxas much in the same way Wilberforce’s crusade against slavery had. Neither man had planned to take up a cause. They simply put faith into action to oppose great wrongs accepted as right by society. He hopes the 600-page book. “Bonhoeffer: A Biography,” due out April 20 from Thomas Nelson and the first major biography about the man in more than 40 years, will cause a “fundamental reassessment” of what he believed. 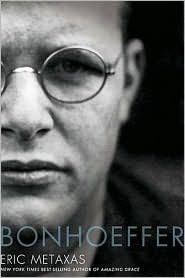 “Liberals have hijacked him,” Metaxas said, often finding that much of what Bonhoeffer said and did has been taken out of context. He was biblical and theologically opposite of liberal, he said. “There’s a conservative side of him that hasn’t been discussed much.”

Metaxas was inspired by Bonhoeffer’s ability to separate ethnicity from religion in a way that allowed Jews to embrace the Messiah without losing their Jewish identity. Bonhoeffer’s personal relationship with God moved Metaxas profoundly too.

“He was as ‘sold out’ to God as anyone … but ‘sold out’ doesn’t adequately define it,” he said. “He was obedient in every part of him.”

He’s hoping Bonhoeffer’s intellect will appeal to skeptics who find it hard to believe that anyone who is very smart also can believe there is a god. Making that kind of difference in people’s lives is what motivates Metaxas in everything he does. All of the degrees, accolades and awards are “dung,” he says unless they are used for Christ.

So what’s next for Metaxas? He’d like to host a television talk show one day.

With this amazing guy, it probably will happen. To find out more about Eric and his work, visit http://www.ericmetaxas.com/. For a review by Chuck Colson of the new Jesus Edition, click here.
Posted by LaurenYarger at 3:37 PM
Email ThisBlogThis!Share to TwitterShare to FacebookShare to Pinterest