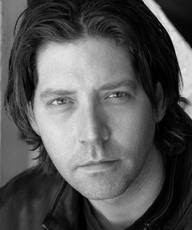 The interfaith service of song, dance and story has been bringing the theatre community together every September since 1997 to ask God’s blessing on the new season.

This year’s event is dedicated to Lynn Redgrave (1943 – 2010) who delivered a moving theatre reflection at last year’s Blessing, talking about her faith, her career and her battle with breast cancer, and offering a joyous recitation of Psalm 23. This year, the audience will sing that Psalm in her honor.

The evening will celebrate the 50th anniversary of two American classics: The Fantasticks and To Kill A Mockingbird.

The Fantasticks, which opened Off Broadway in 1960, has become the longest-running production in the history of the American stage and one of the most frequently produced musicals in the world. Charles West, a member of the cast, will sing “Try To Remember.” West has appeared on Broadway in The Scarlet Pimpernel, Show Boat and Cyrano The Musical.

To Kill a Mockingbird by Harper Lee, published in 1960, remains as relevant today as it did a half century ago. Broadway Blessing welcomes actor Anthony Newfield, who recently played the role of Atticus Finch at the Mountain View Center for the Performing Arts in California. Newfield’s recent Broadway credits include The Royal Family and Waiting for Godot.

The Broadway Blessing Choir under the direction of Bruce Neswick, director, cathedral music, will perform a number of hits from Broadway musicals from 1960, in keeping with the 50th anniversary theme, followed by an audience “sing-a-long”. The Very Rev. Dr. James A. Kowalski, Dean and The Rev. Thomas Miller, canon for liturgy & art from the Cathedral will be joined by Rabbi Jill Hausman of The Actors' Temple and The Right Rev. Andrew St. John, rector of the Episcopal Church of the Transfiguration (The Little Church Around the Corner), as officiants in the 75-minute program.

Broadway Blessing is free; reservations are not needed. For more information visit http://www.stjohndivine.org/.

Broadway Blessing is made possible by the generous support of the Church of the Transfiguration (Little Church Around the Corner) and many wonderful friends. he cathedral is located at 1047 Amsterdam Avenue, at 112ths Street.
Posted by LaurenYarger at 9:37 PM
Email ThisBlogThis!Share to TwitterShare to FacebookShare to Pinterest