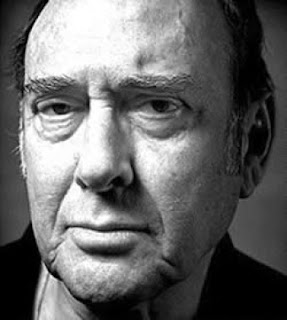 Join The Episcopal Actors' Guild and VOICETheatre for a special screening of "Working with Pinter" 7 pm Thursday, Nov. 18 at the Guild Hall, 1 East 29th St., NYC.

The film is an intimate glimpse of Harold Pinter directing actors, talking about his work, his life in and out of the theatre, and his seminal influences. A talk-back session with Anthony De La Tour and Susan Woolridge will follow.

LaTour is a writer/director whose plays have been performed throughout the UK and elsewhere. He is also an actor and worked closely with Pinter on several occasions. He appeared in the world premiere of Pinter's final play Celebration in London and in the US premiere at the Lincoln Center. He also appeared in No Man's Land at the National Theatre in London in 2002, the last play of his own that Pinter directed.

Wooldridge is best known for her award-winning performance as Daphne Manners in "The Jewel In the Crown." She has worked extensively on stage and screen, garnering critical acclaim including the BAFTA for her role in John Boorman's film "Hope and Glory." She was last seen in New York in Harold Pinter's Celebration at Lincoln Center. Her debut novel "The Hidden Dance" has just come out in paperback.

Only a few seats remain. RSVP to 212-201-9337. A $10 suggested donation will benefit Actors in Need. Wine and refreshments will be served.
Posted by LaurenYarger at 2:12 PM
Email ThisBlogThis!Share to TwitterShare to FacebookShare to Pinterest