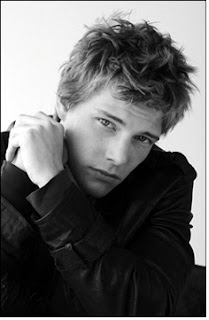 Hunter Parrish, star of the acclaimed Showtime series "Weeds" and the Tony Award-winning hit Spring Awakening, is set to star as Jesus in the upcoming Broadway revival of the legendary rock musical Godspell.

"I am elated to be joining the Godspell family, and honored to be a part of bringing this thrilling classic back to Broadway," he said . "I knew after meeting with the creative team that I was going to be a part of something really exciting. I can't wait to get started."

On television, Parrish is currently reprising his role as Silas Botwin on the seventh season of "Weeds" opposite Mary-Louise Parker, Justin Kirk and Kevin Nealon. The series was nominated in 2006 and 2007 for a Golden Globe for Best Television Series - Music or Comedy, a SAG Award in 2007 and an Emmy Award in 2009 for Outstanding Performance by an Ensemble in a Comedy Series.
Parrish made his Broadway debut to critical acclaim as Melchior in the Tony Award-winning hit musical Spring Awakening.
On the big screen, he starred in director Nancy Meyers' 2009 hit "It's Complicated" opposite Meryl Streep, Alec Baldwin and Steve Martin; in Burr Steers' "17 Again" opposite Zac Efron, Matthew Perry and Leslie Mann; and in Kieran Mulroney and Michele Mulroney's "Paper Man" opposite Ryan Reynolds, Jeff Daniels and Lisa Kudrow.
Other film credits include "Freedom Writers," and "RV."  His other television appearance include guest starring roles on "Law & Order: SVU," "CSI: Crime Scene Investigation" and the CBS drama "Close to Home."
Directed   by Daniel Goldstein and choreographed by Tony Award nominee Christopher Gattelli (South Pacific), Godspell begins preview performances at Circle in the Square Theatre (1633 Broadway at 50th St., NYC) on Thursday, Oct. 13, 2011. Opening Night is Monday, November 7 at 7 pm.
Godspell reunites Goldstein, making his Broadway directorial debut, and members of the design team from his critically-acclaimed 2006 Paper Mill Playhouse conception in a new production that has been completely re-imagined for the Circle in the Square.
Conceived and originally directed by John-Michael Tebelak with music and new lyrics by Academy and Grammy Award winner Stephen Schwartz (Wicked, Pippin), Godspell has been performed  throughout the US since its original New York premiere in May 1971.
Godspell 's Tony-nominated score includes "Day by Day," "Turn Back, O Man," "Learn Your Lessons Well, "Prepare Ye the Way," "Light of the World" and many more.
The new Broadway revival of Godspell is produced by Ken Davenport, Edgar Lansbury and The People of Godspell. Additional casting will be announced soon.
Godspell features scenic design by David Korins (Passing Strange), costume design by Miranda Hoffman (Well), lighting design by David Weiner (The Normal Heart), sound design by Andrew Keister (Company), orchestrations by Michael Holland (Hurricane) and musical direction by Charlie Alterman (Next to Normal).
Visit Godspell online at www.Godspell.com.
Posted by LaurenYarger at 12:38 PM
Email ThisBlogThis!Share to TwitterShare to FacebookShare to Pinterest