Going to the city to observe the 10th anniversary gave me closure. On Friday, I covered an event where Broadway casts gathered to sing "New York, New York." It was nice to see the flag flying in Times Square. Operatic Daniel Rodrigues sang a rousing rendition of "God Bless America."


On Saturday, I participated in the Hand-in-Hand event, where thousands of people joined hands around the waterfront at Battery Park to remember those lost. I joined hands with a woman who had been working on wall Street 10 years ago and who had a front row seat to witness the planes striking the Twin Towers. The visions of people jumping to their deaths will haunt her forever. Looking out at the Statue of Liberty, we were able to share our grief and join hands for those who no longer can. 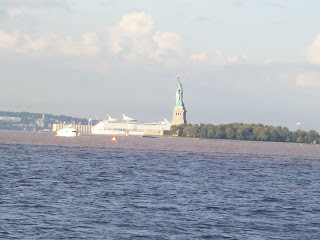 Sunday, I joined crowds at Ground Zero while the official ceremonies took place. Pedestrian traffic was limited by barricades, and I was stopped for the presidential motorcades. I attended service at Trinity Wall Street, where the message was "Remember to Love," given by The Rev. Dr. James Herbert Cooper. Cooper, who had been pastoring in Florida during the attacks, shared a personal story about families there who were touched by the tragedy. One family lost a daughter in the towers and her remains still have not been recovered. Her mother told Cooper she was glad when Cooper was named rector of Trinity Wall Street, because she believes her daughters ashes rest in the church yard. 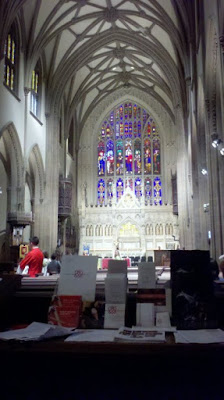 The choir perfomed a very stirring renditon of "Amazing Grace." Isn't this hymn just perfect for every occasion, perhaps because of the simple truth of its message? When I left the service, the reading of the names was just concluding. The buildings going up at the site rise up from the pit and challenge us to look to the heavens, whence cometh our help. 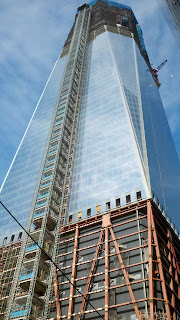 The world has changed a lot in the last 10 years. God remains the same.
-- Lauren Yarger
Posted by LaurenYarger at 4:41 PM
Email ThisBlogThis!Share to TwitterShare to FacebookShare to Pinterest