This Broadway Show is Rated X? 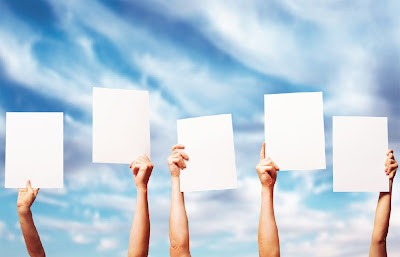 By Lauren Yarger
It's been exciting to offer reviews of Broadway and NY theater with an added Christian perspective and I've been thrilled to see how God is using them to help you find out about which shows might be the best for you to see while in the city or when they come to your town at your local theater.

I get emails a lot from folks happy to be able to find a professional review, just as they would from any other member of the Drama Desk or Outer Critics Circle, discussing the merits of the show itself, that also offers added information about language, sexual and religious content in the show. This added Christian perspective is something you can't find in any other review source about theater. (Read all of our reviews at http://reflectionsinthelight.blogspot.com.)

I get emails every week from people seeking advice about which shows might be most appropriate to see with their children, family members, non Christian friends, etc.
Recently, a few folks have requested more detailed information in our "Christians might also like to know" section. "Sexual Activity" might be listed, but what does that mean, exactly?

One person suggested I assign some sort of rating to shows, like movies and television attach a G, PG or R rating to give content warnings. Those kind of ratings don't always help, though, because a movie containing a certain curse word and one depicting full sexual inercourse might both be assigned an R rating. That sex scene might be acceptable for some if it is between a married couple. Others might opt out if it depicts an adulterous affair. For others, it would be a moviebreaker regardless because they don't wish to watch any movies containing nudity. So in a way, all Broadway shows would get an X rating from me -- X for unknown, because what's right and appropriate for me to see might not be for you and vice versa.

The purpose of the reviews is not to tell you what you should or shouldn't see, but to give you information so that you can make an informed choice about what to see. And please do see theater. God uses it amazingly!

One family may decide not to see a show because of sinful content. Another family, reaching out to a neighbor struggling in that very same area of content, might attend the show as a way to start a conversation about the situation. The first family is not wrong for choosing a different show and the second is not wrong for attending. As in every choice we make, each of us needs to be guided by the Spirit and to seek what God would have us do for His purpose.

If a show includes a "Mature" advisory we always note that. Where The Broadway League has included an age recommendation for shows containing a Mature advisory, we list that too, but like with everything else, these ratings are arbitrary. What's appropriate for your 12 year old might not be for mine. Each family will have to decide what's right for them in their situation.

We also want to give a heads up without having to go into details about exactly what words are being said or describing who is touching whom where, etc. While wanting to serve our readers, I won't become some sort of "Christian theater inquisition," counting the number of times God's name is taken in vain, or implying that some sins are worse than others or that a show has no merit because it contains a depiction of situations the world embraces.

I'm not some sort of "Christian critic" (like you can find for the movies) who judges shows looking for Christian or non-Christian content. I'm simply a theater lover and a professional critic who can can draw on my experience and training to discuss the good and bad points about a show. I also am a Christian who can list some areas of content that our readers want to know about before deciding whether or not to see a show. (I also hear from non-Christians who read the reviews and find the content areas listed helpful as well. Others just disregard them if they aren't concerned about these content areas.)

With that in mind, I have put together this key of content our readers want to know about in as much detail as possible. If you have any other suggestions, I'd be happy to hear them. Email me at masterworkproductions@yahoo.com.

Key (and keep in mind that we are not implying that if any of these elements occur that we're saying you shouldn't see the show! That's your decision.):
God's name taken in vain-- means God or Jesus is used in dialogue without speaking directly to or about them
Language -- means some curse words are used. "Minor" usually means the words are not too strong or that it only occurs once or twice throughout the show.
Strong Language -- means some of the more heavy duty curse words are used
Nudity -- means a man or woman's backside, a man's lower front or a woman's front are revealed
Scantily clad -- means actors' private areas are technically covered, but I can see a lot of them
Sexual Language -- means the dialogue contains sexually explicit language but there's no action
Sexual Activity -- means a man and woman are performing sexual acts
Adultery -- Means a married man or woman is involved sexually with someone besides their spouse. If this is depicted with sexual acts on stage, the list would include "sexual activity" as well
Sex Outside of Marriage -- means a man and woman are involved sexually without being married. If this is depicted sexually on stage, the list wuld include "sexual activity" as well.
Homosexuality -- means this is in the show, but not physically depicted
Homosexual activity -- means two persons of the same sex are embracing/kissing. If they do more than that, the list would include "sexual activity" as well
Cross Dresser -- Means someone is dressing as the opposite sex. If they do more than that on stage the listing would include the corresponding "sexual activity" and/or "homosexual activity" as well.
Suggestive Dancing -- means dancing contains sexually suggestive moves

Other content matters such as torture, suicide or rape will be noted, with details revealed only as necessary in the review itself.

The term "throughout" added to any of the above means it happens many times throughout the show.
Copyright 2009 Lauren Yarger http://christianperformers.blogspot.com

Posted by LaurenYarger at 10:19 AM
Email ThisBlogThis!Share to TwitterShare to FacebookShare to Pinterest