There Are No Shortcuts to Maturity 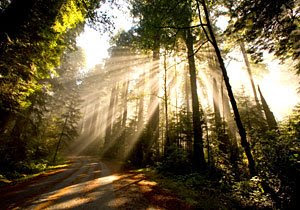 Guest devotion by Rick Warren PurposeDriven.com based on Philippians 1:6 (The Living Bible)

It takes years for us to grow to adulthood, and it takes a full season for fruit to mature and ripen. The same is true for the fruit of the Spirit. The development of Christlike character cannot be rushed. Spiritual growth, like physical growth, takes time.

When you try to ripen fruit quickly, it loses its flavor. In the United States, tomatoes are usually picked unripened so they won’t bruise during shipping to the stores. Then, before they are sold, these green tomatoes are sprayed with CO2 gas to turn them red instantly. Gassed tomatoes are edible, but they are no match to the flavor of a vine-ripened tomato that is allowed to mature slowly.

While we worry about how fast we grow, God is concerned about how strong we grow. God views our lives from and for eternity, so he is never in a hurry.

Christian author Lane Adams once compared the process of spiritual growth to the strategy the Allies used during World War II to liberate islands in the South Pacific. First they would “soften up” an island, weakening the resistance by shelling the enemy strongholds with bombs from offshore ships.

Next, a small group of Marines would invade the island and establish a “beachhead”—a tiny fragment of the island that they could control. Once the beachhead was secured, they would begin the long process of liberating the rest of the island, one bit of territory at a time. Eventually the entire island would be brought under control, but not without some costly battles.

Adams drew this parallel: Before Christ invades our lives at conversion, he sometimes has to “soften us up” by allowing problems we can’t handle. While some open their lives to Christ the first time he knocks on the door, most of us are resistant and defensive. Our pre-conversion experience is Jesus saying, “Behold, I stand at the door and bomb!”

The moment you open yourself to Christ, God gets a beachhead in your life. You may think you have surrendered all of your life to him, but the truth is, there is a lot to your life that you aren’t even aware of. You can only give God as much of you as you understand at that moment. That’s okay.

Once Christ is given a beachhead, he begins the campaign to take over more and more territory until all of your life is completely his. There will be struggles and battles, but the outcome will never be in doubt. God has promised that “he who began a good work in you will carry it on to completion” (Philippians 1:6 NIV).