Blessed by the Broadway Blessing 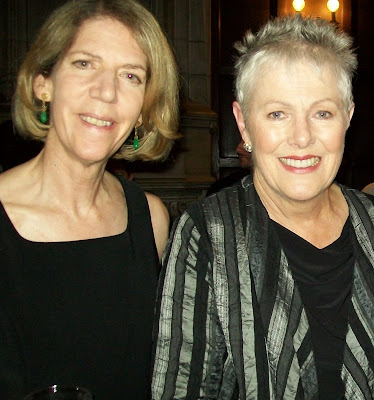 Retta Blaney and Lynn Redgrave
Asking Blessings on the Broadway Season
What a lovely service we enjoyed at last night's 13th annual Broadway Blessing at St. John the Divine cathedral in New York. Masterwork Productions, Inc. was one of the sponsors.

The ecumenical celebration of the new theater season featured thoughts from actress Lynn Redgrave, songs by Broadway's Jean Valjean J. Mark McVey, Carol Hall and Patrice Djerejian accompanied by performers from Project Dance. Casey Groves (below left) gave an excerpt from his one-man performance as Father Damian, the Catholic priest who ministered to lepers, and the Broadway Blessing choir performed medleys of show tunes. Bruce Neswick, director of music at the cathedral, played the organ. 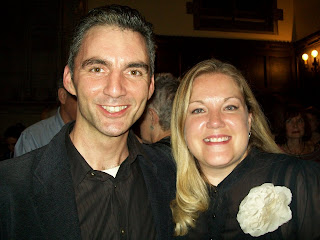 Rabbi Jill Hausman of the Actors' Temple, The Rev. Canon Thomas Miller, canon for liturgy and the arts at the cathedral, and The Rev. Mittles DeChamplain of St. Clements Episcopal Church officiated at the service, offering prayers, thoughts and a special candlelighting which Miller said represented the light that shines out from and on those in the Broadway community. Karen Lehman, (left) Executive Director of the Episcopal Actors' Guild, read psalm 98. Mark McVey and Christopher Smith 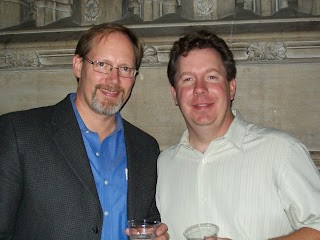 McVey sang a beautiful song from Christopher Smith's Broadway bound musical Amazing Grace. Redgrave's reflections on surviving breast cancer were very moving. She thanks God for being here for another performance every time she stands in the wings, she said, because God and her faith are an important part of her survival. She concluded with a heartfelt reading of Psalm 23. The event is produced by founder Retta Blaney.
-- Lauren Yarger 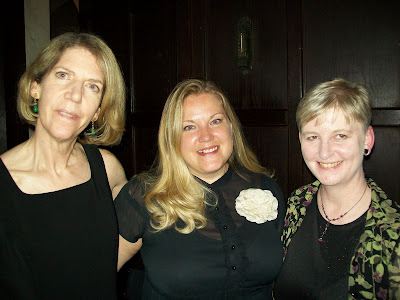 Posted by LaurenYarger at 12:34 PM
Email ThisBlogThis!Share to TwitterShare to FacebookShare to Pinterest