'Passion of the Christ' Renews Passion for Christ 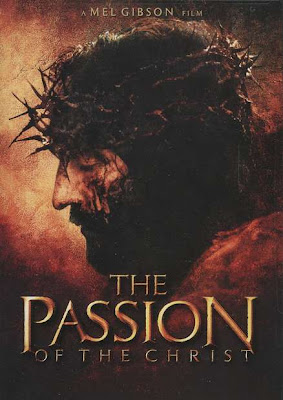 I just watched the movie "The Passion of the Christ." Yes, it takes me a while, sometimes (the movie was released in 2003), but for some reason, I just never got around to seeing the film that rocked the box office when church folks crammed theaters in a rush to see a Christian film made by a huge Hollywood star (Mel Gibson).

Maybe because it was a film being embraced by the church I was reluctant to see it. Honestly "Christian" films that the church gets excited about usually aren't films that interest me, and I'm a big fan of Franco Zefferelli's "Jesus of Nazareth," so I didn't feel a big need to see 'The Passion."
I'm glad I finally watched it, though. It has given me greater insight into what the Savior endured -- on my behalf. This film probably is the most realistic of any in its depiction of the brutality of the ordeal of the cross. We tend to gloss over the account of Christ being beaten without fully realizing the kind of abuse he received. I can't fully comprehend enduring the scourging with whips and flesh-ripping barbs, then having to carry a heavy cross.

I was struck by the incessant lashes while Christ was carrying the cross. "Enough, already," I wanted to yell. What's the point of whipping someone who already has been scourged almost to the point of death? The answer is shown artfully as Satan observes the action from among the crowd. Yes, that's really what it's all about. Evil influencing us to rebel against and think we're stronger than, better than, smarter than the one who can save us. Every time I sin, it's like adding a lash to Christ's suffering.

We gloss over the fact that soldiers stuck a crown of thorns on his head and mocked Christ as the king of the Jews. I used to think of that as a sort of costume piece part of the story until one day when I was gardening and reached to pull some weeds. I accidentally brushed my head into a rose bush. Let me tell you, those thorns hurt -- really hurt beyond lots of other pain I have endured -- and I only had them stuck in one small part of my head for the few seconds it took before I could extracate myself. I can't begin to imagine the suffering it caused when a crown of thorns was pushed into the flesh of my already beaten Lord. Every time I sin and refuse to repent, it's like forcing that crown on Jesus head.

Witnessing all this in the graphic detail of "The Passion" gave me a renewed sense of awe for a God who loves us so much he would sacrifice his own son to save the souls of the very people unjustly causing his pain. It boggles the mind. It puts things in perspective. It makes me want to serve him every minute of every day.

"He presented himself for this sacrificial death when we were far too weak and rebellious to do anything to get ourselves ready. And even if we hadn't been so weak, we wouldn't have known what to do anyway. We can understand someone dying for a person worth dying for, and we can understand how someone good and noble could inspire us to selfless sacrifice. But God put his love on the line for us by offering his Son in sacrificial death while we were of no use whatever to him." (Romans 5: 6-8 The MESSAGE).

Posted by LaurenYarger at 9:19 AM
Email ThisBlogThis!Share to TwitterShare to FacebookShare to Pinterest